Nothing Run Of The Mill.

We are a North London-based metalwork practice, specialised in architectural metalwork, bespoke furniture and design.  We love nothing more than creating unique solutions for our clients.

This perforated metal staircase and balustrade in a contemporary refurbishment of a London terrace in East Dulwich allows light to permeate down to the ground floor from a large 2nd floor skylight.  The slim full height spindle balustrade maximises the width of the stairs themselves in what is a confined space.

The bespoke perforation was created using punching technology and the steps are folded to give a smooth nose with concealed welds to the rear of each step.  The finish has been left as raw steel, complete with fabrication markings. 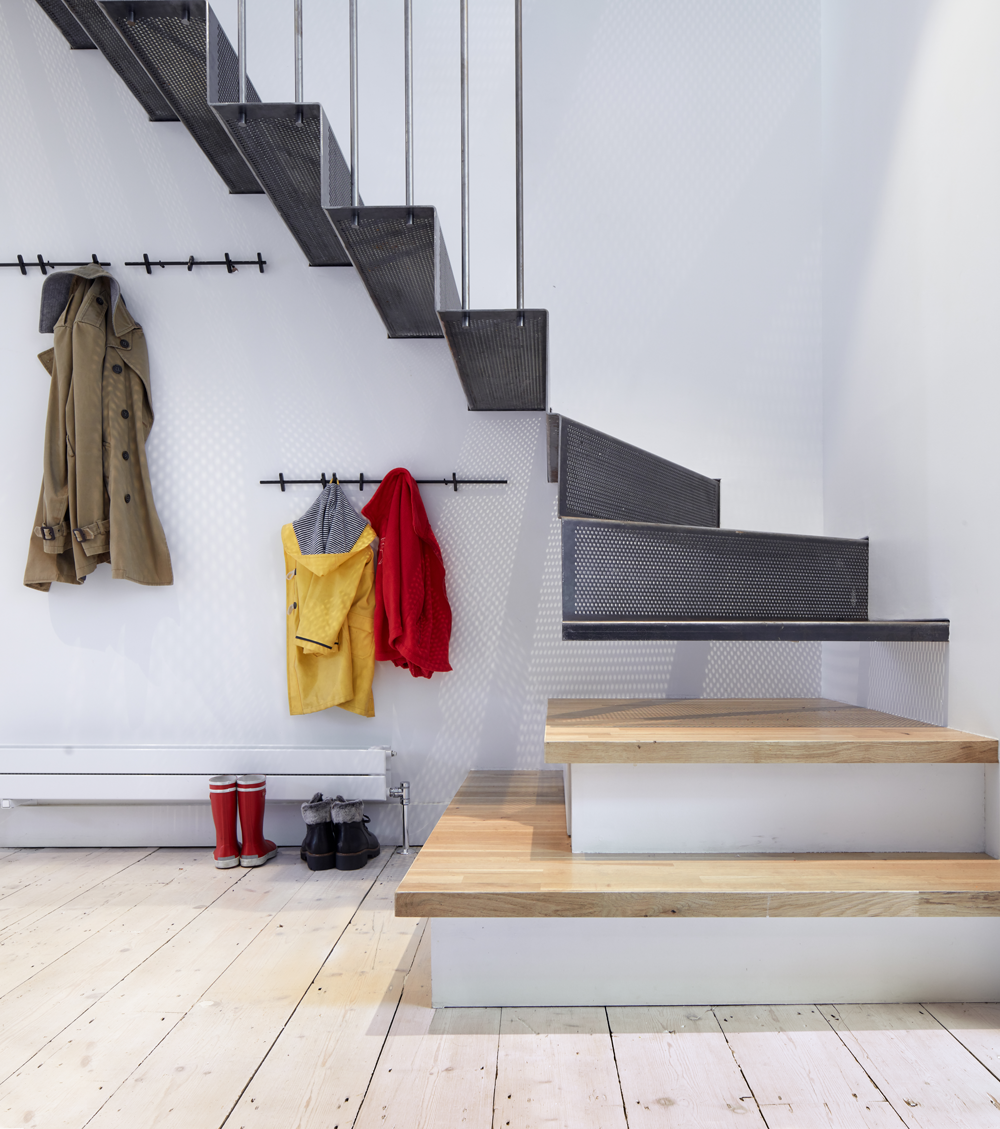 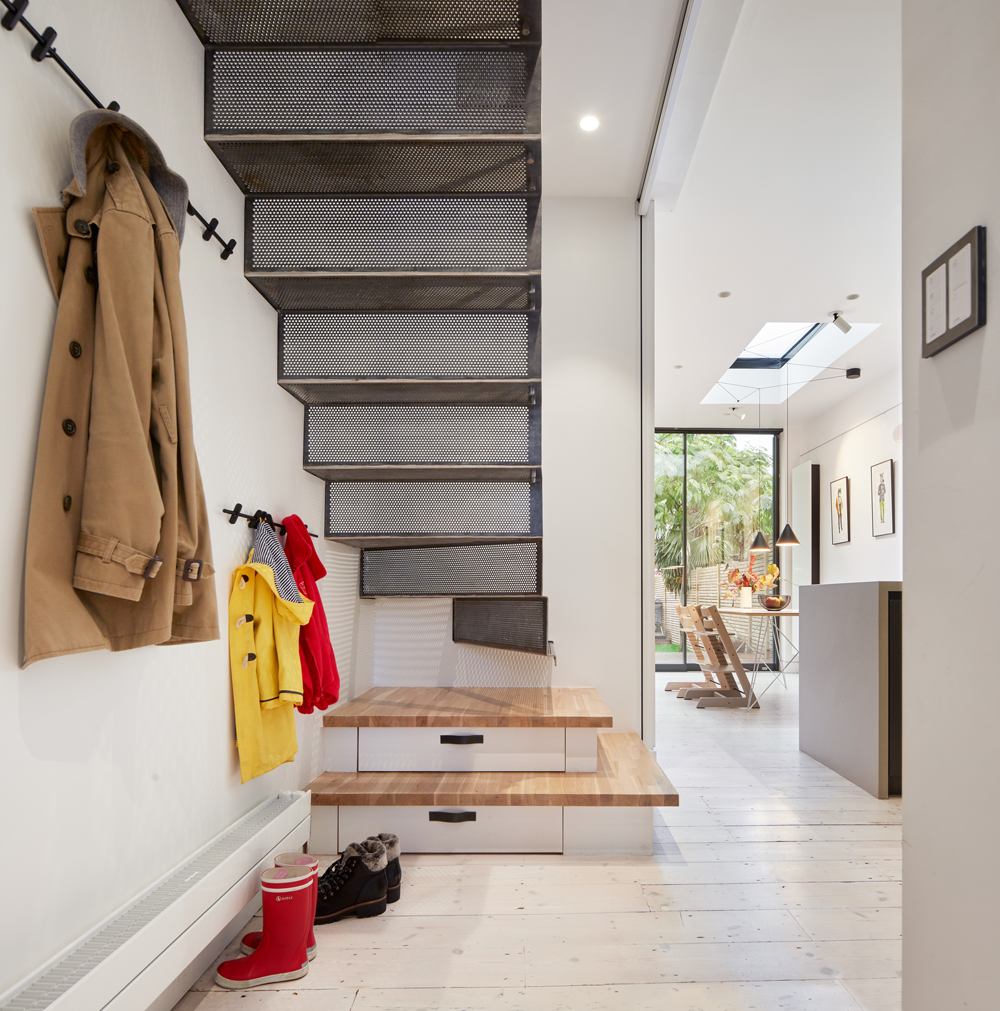 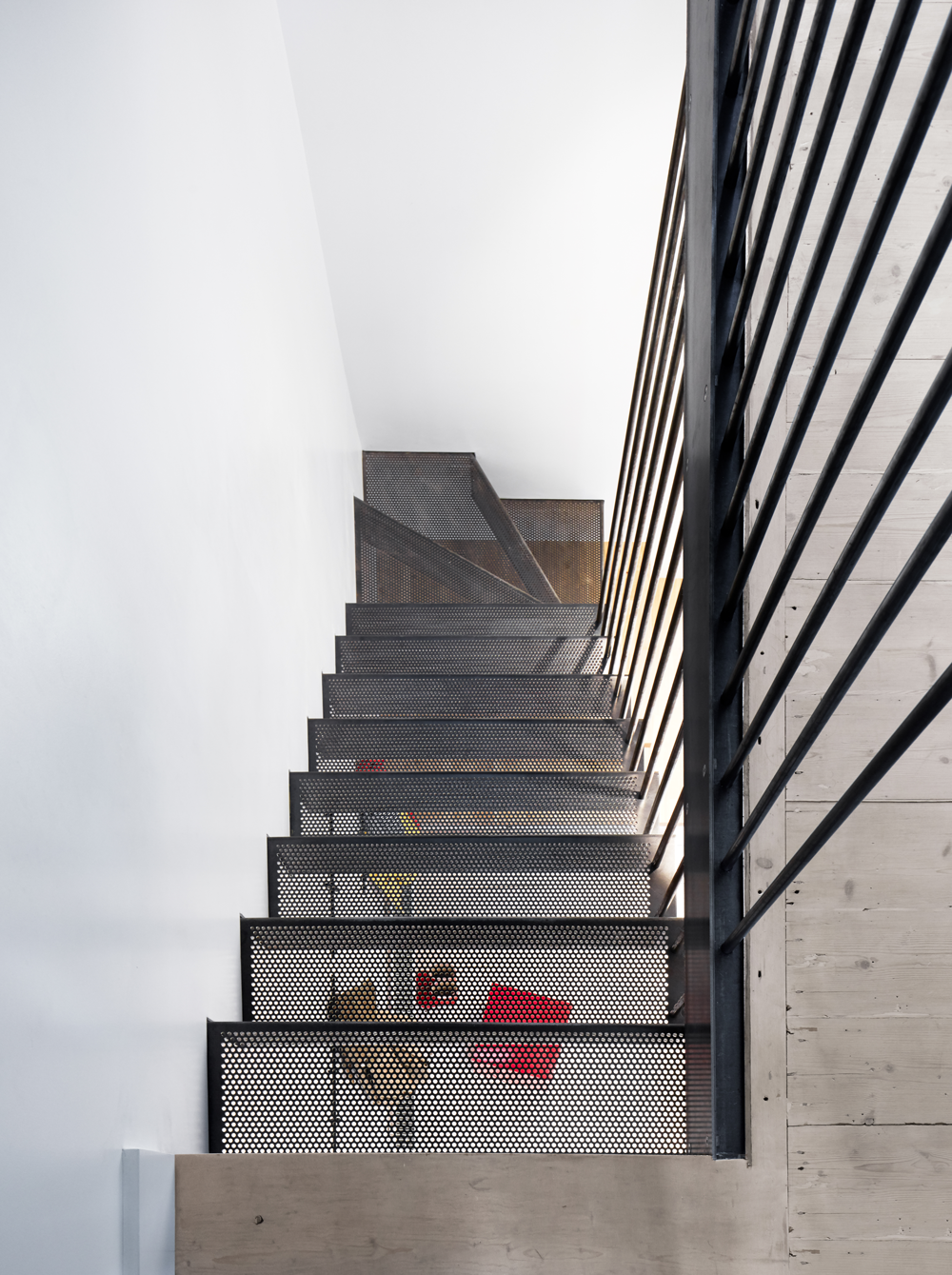 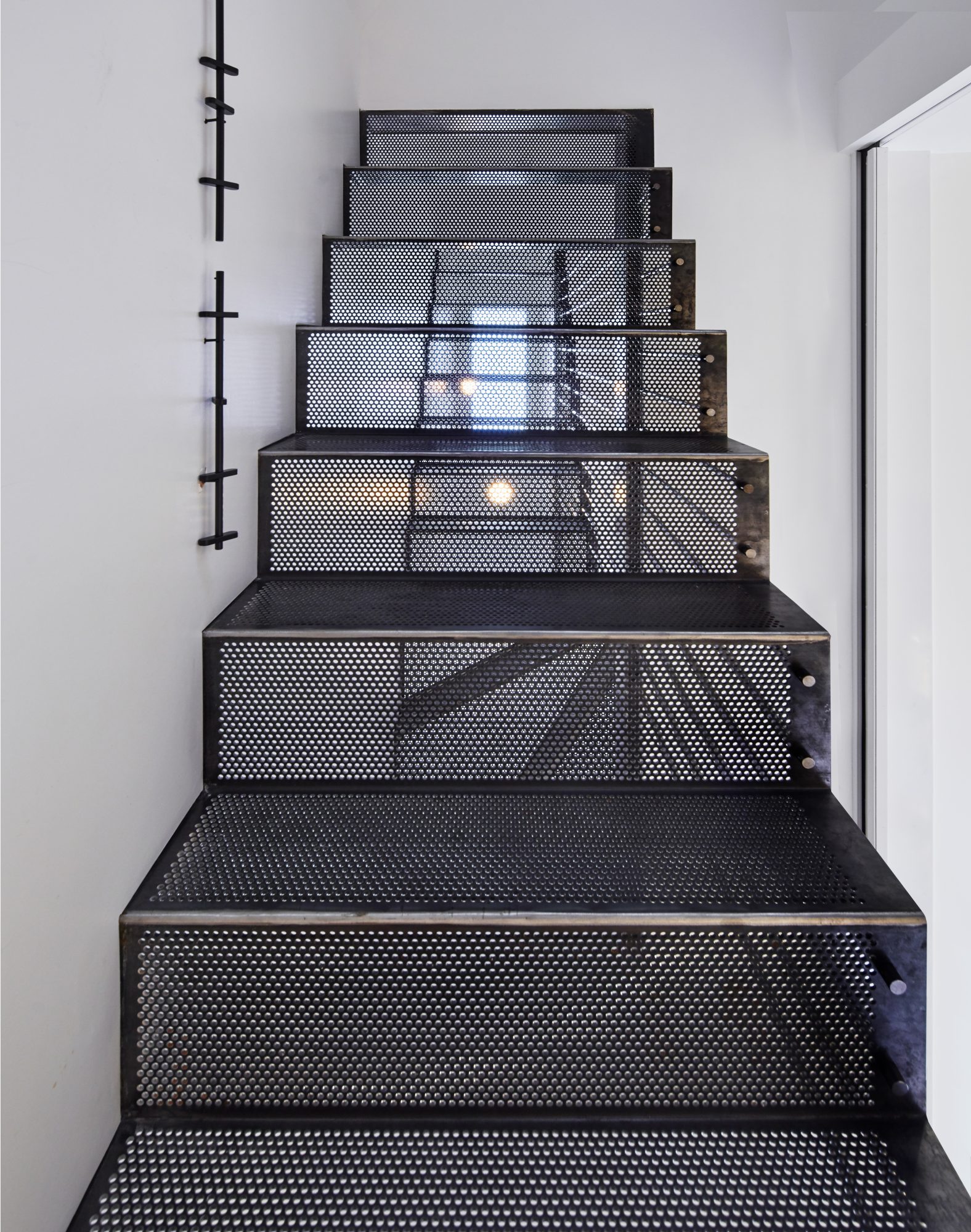 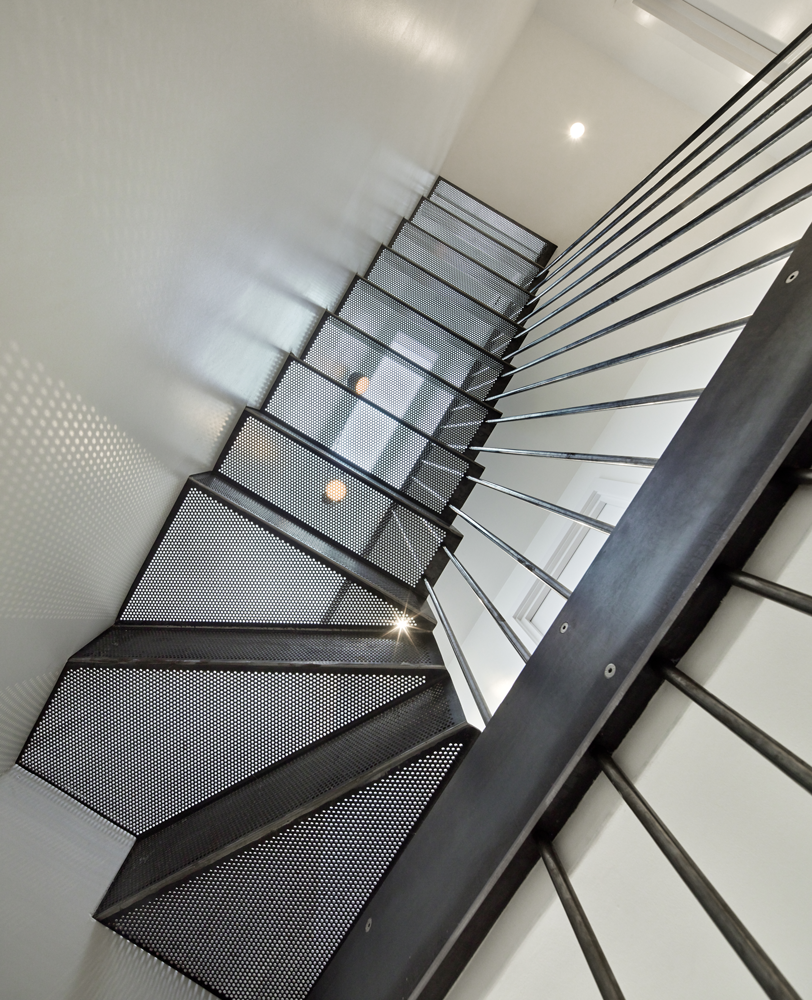 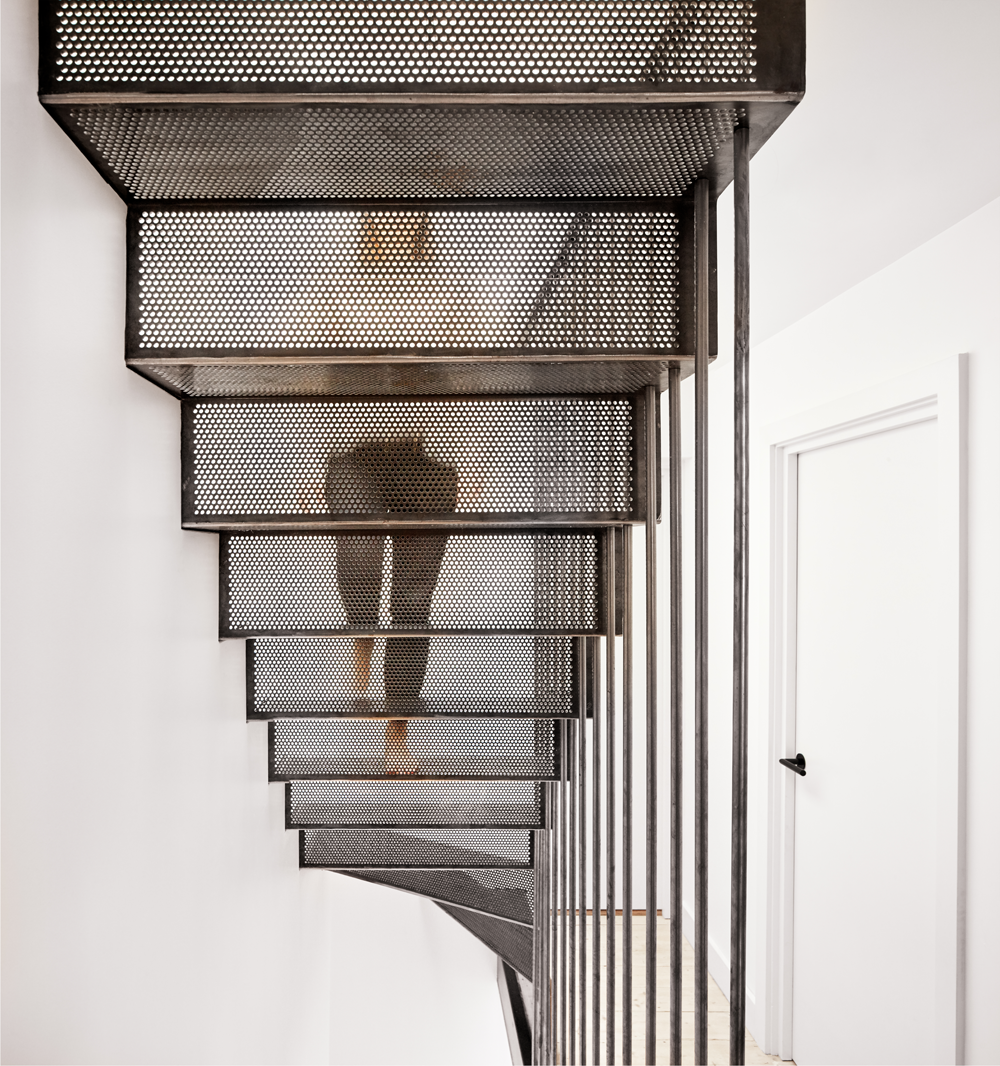 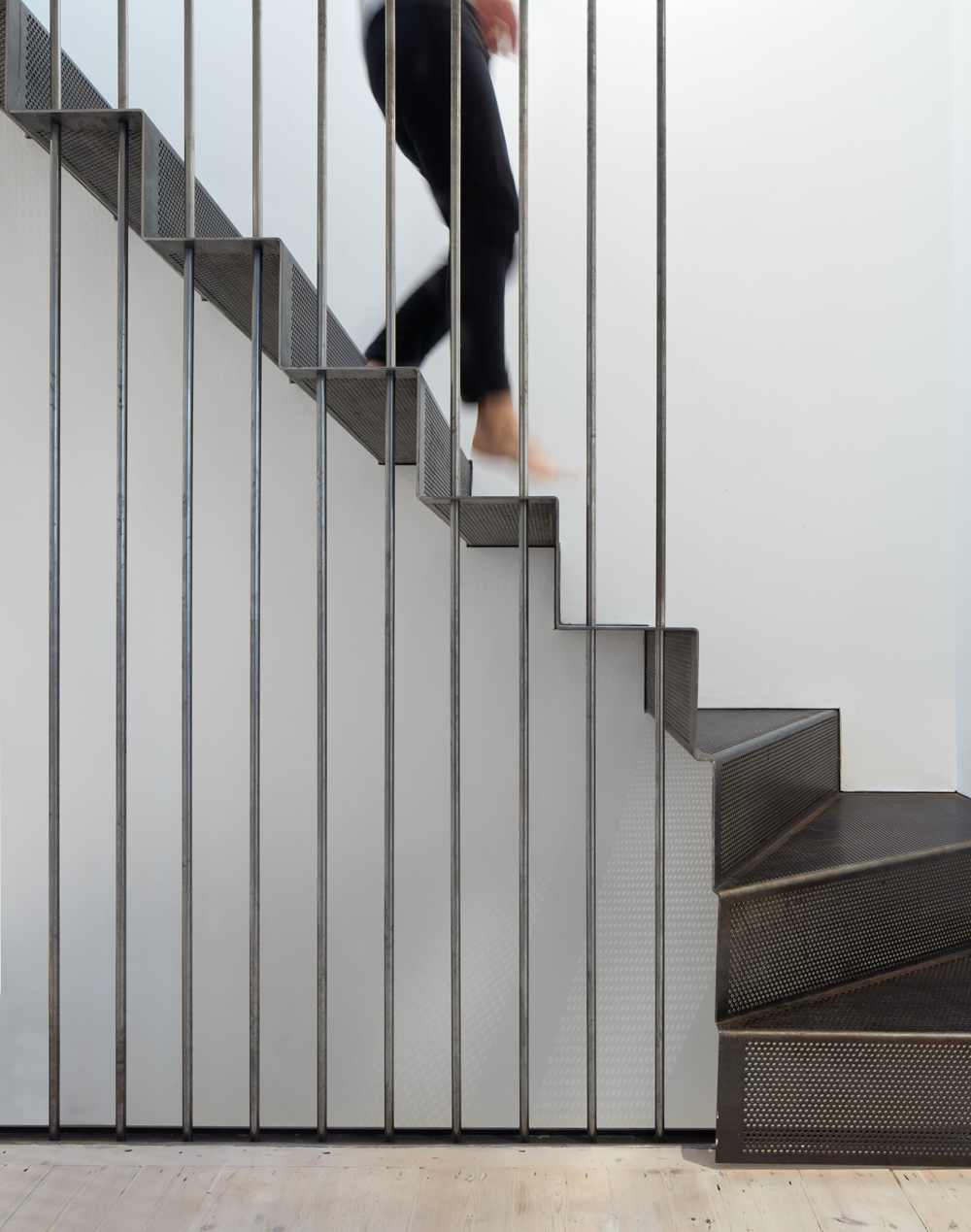 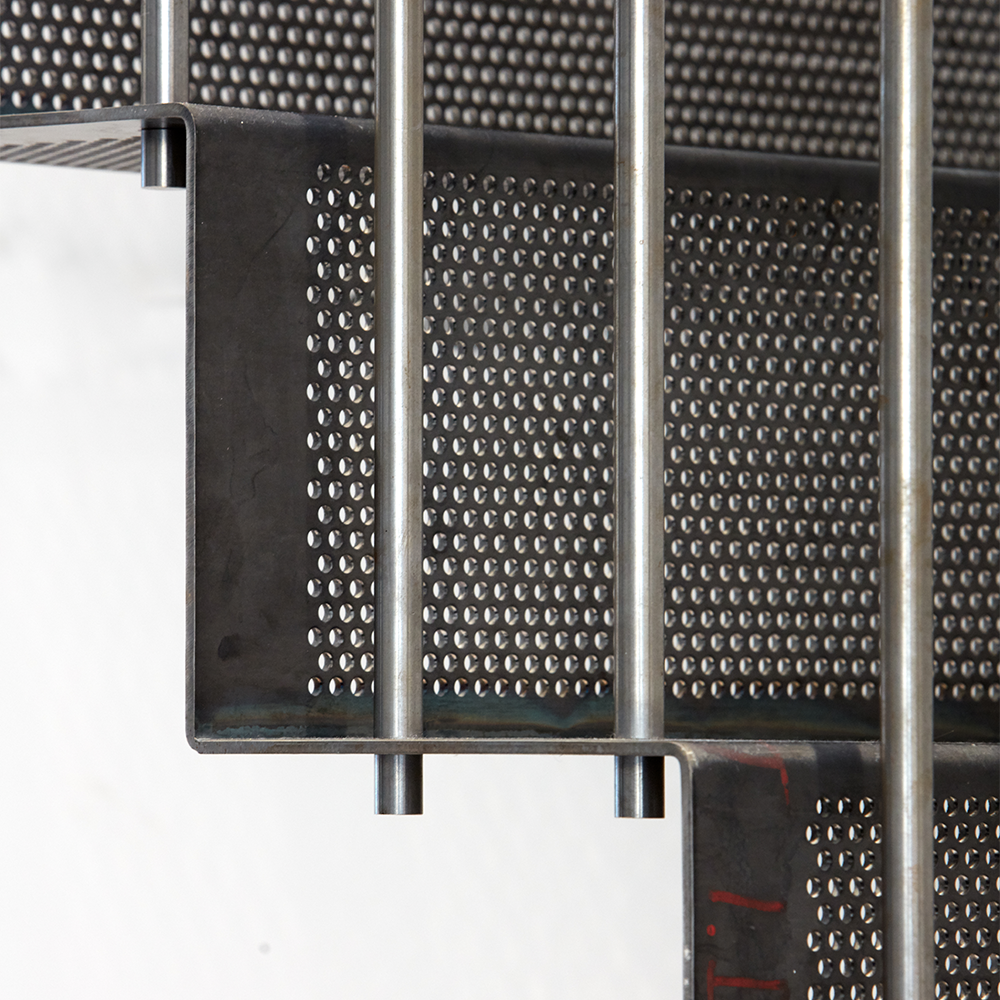 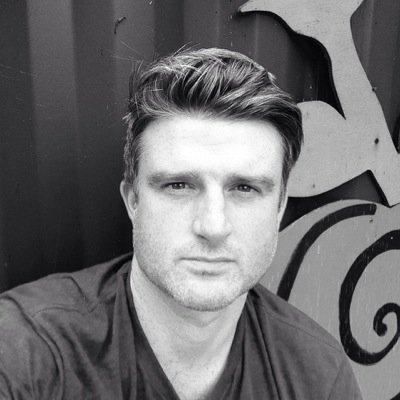 “More than just a metalworker, Amir is an artist and crucially a problem solver too.  Initially Amir was hired to create the staircase and tables for the Lizzy’s at the Coal House Café; but, then when we discovered issues with the entrance to the nature reserve and needed to go back to the drawing board and redesign it at short notice, Amir was the obvious candidate.

He came to us with the idea of a structure that references the pump house up-stream along the New River, combining the old and the new in an unapologetically urban interpretation.  We love the fact that the park now has an imposing feature entrance that creates the impression of travelling back through time as you enter.  It has been variously been nicknamed the Woodlouse, the Tardis and been compared with Constable’s, The Hay Wain.  Even Sir David Attenborough was impressed by it. when he officially opened the site in May 2016.

Amir is a creative genius and we look forward to working with him again on future projects.”

Email hello@zedworks.co or, alternatively, leave your name and email below along with a brief outline of what you are looking for  and one of the team will be in touch soon.